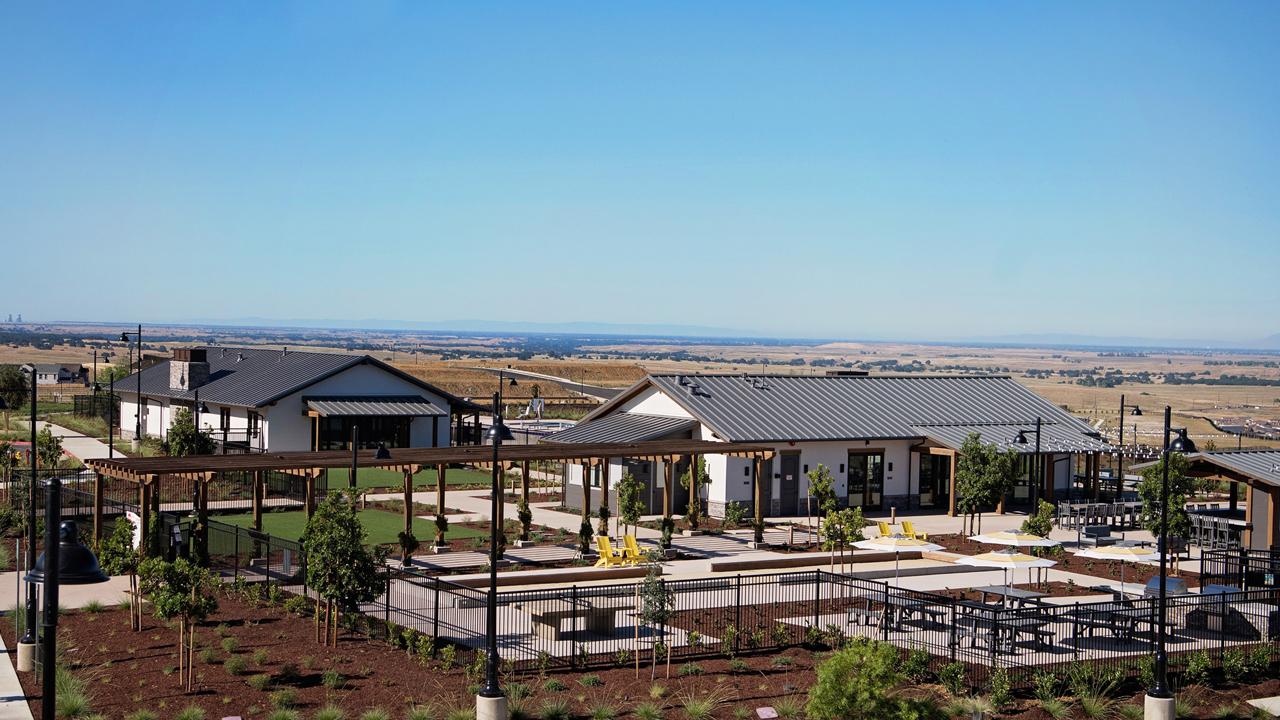 NEW HOME hosted a series of socially distanced, small-group tours for guests to experience the just completed resort-style amenities and view model homes in the three neighborhoods now open in the masterplan south of Highway 50. Since a pre-opening sales campaign began at Russell Ranch earlier this year, 57 homes have sold to date.

During the highly anticipated celebration, groups comprised of no more than five people were provided the first look at the Russell House (private clubhouse), The Springs Pool & Spa, Camp Russell Kid’s Game Room, outdoor bar and fire pits that together serve as the recreational heart of Russell Ranch. With indoor and outdoor spaces, these amenities provide a setting for neighborhood gatherings, recreation and fitness activities, as well as entertainment and dining.

“After years of planning and development, and then having to come up with a strategy to open the community safely in light of the pandemic, it was especially gratifying to welcome those interested in Russell Ranch to our Grand Debut,” said Kevin Carson, President, Northern California for NEW HOME. “We’ve worked hard on creating a vision for Russell Ranch that we believe will establish it as one of the most desirable master-planned communities in the Sacramento region. Our small-group tours remain available by appointment and we encourage everyone to come see all Russell Ranch has to offer. We just ask that they follow our safety guidelines by limiting the number in their party, social distancing and wearing masks.”

Russell Ranch, which is part of the greater Folsom Plan Area, has plans for approximately 1,025 homes. The community has been designed to respect the natural topography of the land, presenting breathtaking views to the west and south from future residences. It is located south of Highway 50, east of Placerville Road, and north of White Rock Road within the Folsom City limits.

Rooted in the historical authenticity and natural beauty of Folsom, Russell Ranch’s first three neighborhoods are now open and feature traditional single-family and court homes in varying styles. Plans for a fourth neighborhood, Gold Hill by NEW HOME, will be announced soon.

Iron Ridge is a collection of 95 single-family detached homes built by Anthem United and designed by Woodley Architectural Group. The one- and two-story residences range from approximately 1,779 to 2,953 square feet with two to five bedrooms and up to four and one-half baths. Iron Ridge offers four distinct floorplans featuring three beautiful elevations such as Spanish Eclectic, Modern Farmhouse and California Prairie. The homes are priced from the mid $500,000s.

Meritage Homes is building Steel Canyon, a neighborhood of 114 single-family court homes. Steel Canyon features two-story detached residences designed by JZMK Partners with private rear yards in a six-pack cluster configuration. The homes will range from approximately 1,800 to 2,145 square feet with three bedrooms and two and one-half baths. Two of the plans have an option for a fourth bedroom and third bathroom and each plan includes a Great Room and kitchen island for casual dining. All three plans showcase three elevations including California Craftsman, Transitional Bungalow and California Cottage. Prices start in the high $400,000s.

Residents of Russell Ranch will experience breathtaking views from many of the homes, public open spaces, trails and the Russell House. Additional amenities within Russell Ranch include nearly 10 miles of bicycle and pedestrian trails with pet-rest stations, a future 10-acre neighborhood park and a future elementary school site.

An interest list for Russell Ranch is now forming at www.LiveRussellRanch.com.

About The New Home Company

NEW HOME is a publicly traded company listed on the New York Stock Exchange under the symbol “NWHM.” It is a new generation homebuilder focused on the design, construction and sale of innovative and consumer-driven homes in major metropolitan areas within select growth markets in California and Arizona, including coastal Southern California, the San Francisco Bay area, metro Sacramento and Phoenix. NEW HOME was named 2019 Builder of the Year by Professional Builder and is a multi-year recipient of “The Eliant” for Best Overall Customer Experience in the Eliant Homebuyers’ Choice Award’s multi-divisional builder segment. NEW HOME was twice named to the Inc. Magazine Founders 40 list, recognizing public companies that have maintained a strong entrepreneurial spirit. For more information, visit NWHM.com. 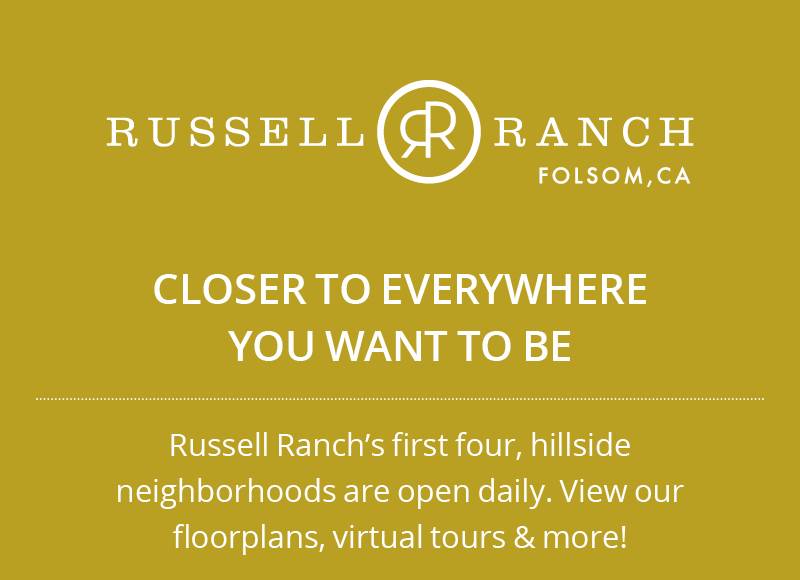